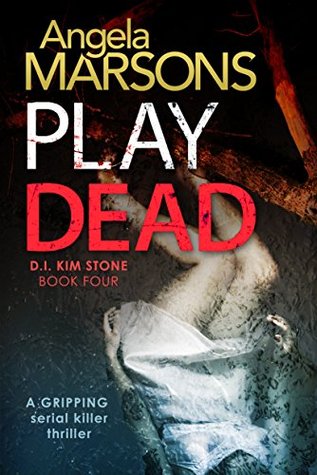 The dead don’t tell secrets… unless you listen.
The girl’s smashed-in face stared unseeing up to the blue sky, soil spilling out of her mouth. A hundred flies hovered above the bloodied mess.
Westerley research facility is not for the faint-hearted. A ‘body farm’ investigating human decomposition, its inhabitants are corpses in various states of decay. But when Detective Kim Stone and her team discover the fresh body of a young woman, it seems a killer has discovered the perfect cover to bury their crime.
Then a second girl is attacked and left for dead, her body drugged and mouth filled with soil. It’s clear to Stone and the team that a serial killer is at work – but just how many bodies will they uncover? And who is next?
As local reporter, Tracy Frost, disappears, the stakes are raised. The past seems to hold the key to the killer’s secrets – but can Kim uncover the truth before a twisted, damaged mind claims another victim …?
The latest utterly addictive thriller from the No.1 bestseller Angela Marsons.

My opinion.
Angela Marsons did it again. What an astonishing read. I was glued to these pages and there was no way I could put it down before I finished it. 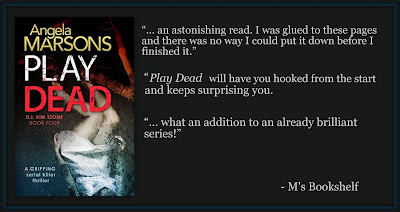 I've been a massive fan of this series and I couldn't be happier it got a forth installment. And what an addition to an already brilliant series! D.I. Kim Stone is faced with some horrific villains again and you almost wonder how Angela Marsons keeps coming up with these characters!  The amount of depth to each character she introduces is astonishing, as always, as are the different traumas, battles and emotions they deal with. Nothing is a coincidence. But luckily Kim Stone is on the job and once she sinks her teeth in...
I love getting to know her character better with each book. Although I felt like the previous three could be read in a random order (I for example started with the first one and then went back to book one and two), I feel like you should know more about Kim's past to really understand her work in Play Dead. It seems that she's getting better in dealing with her own demons, or at least push them aside or use them for the cause of getting justice for her victims.I'm so happy we haven't seen the last of her and I can only hope that Angela Marsons keeps up this incredible tempo of publishing (no pressure there, Angela! ;-) ).

Play Dead is an incredible thriller in which the body count adds up much more rapidly than the clues and the questions way outnumber the answers. But with a brilliant detective inspector and her team on the case no puzzle is too difficult. Or is it? ....
Play Dead will have you hooked from the start and keeps surprising you. Don't plan on getting any sleep until you've reached the final page.