Book review: Before I Met You - Lisa Jewell 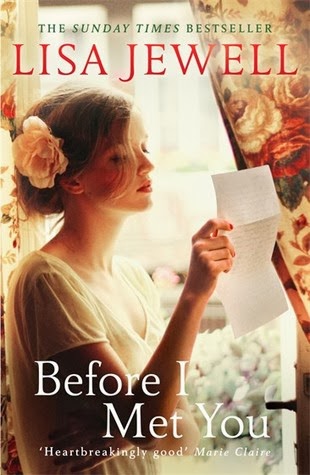 London, 1920. Arlette works in Liberty by day, and by night is caughty up in a glamorous whirl of parties, clubs, cocktails and jazz. But when tragedy strikes she flees the city, never to return.


Over half a century later, in the grungy mid-'90s, her graddaughter Betty arrives in London. She can't wait to begin her new life. But before she can do so, she must find the mysterious woman named in her grandmother's will. What she doesn't know is that her search will uncover the heartbreaking secret that changed her grandmother's life, and might also change hers for ever...

My opinion.
What an amazing book. Loved every page. Wished it took me longer than two days to finish; such a wonderful story. It totally took me by surprise, it was not what I expected it to be, but wauw. It was (tragically) romantic, funny, exciting,... and it moved me to tears. A delightful mystery.
I liked Betty. I liked how she came to London thinking she would be the most important person, and I believe she never really abandoned that feeling. Of course, she got a big reality check, but she stayed confident, kept believing in herself and did pretty well for herself in the end. She didn't end up losing herself in the big city, she just became a different, better, more mature version of herself.
This will definitely not be the last Lisa Jewell book I'll read.