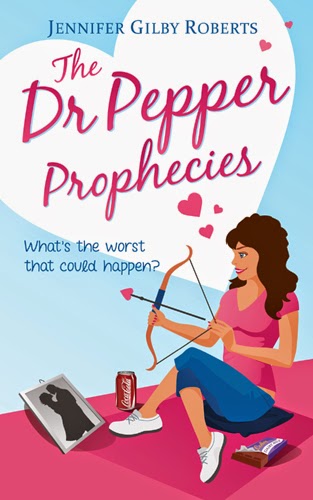 25-year-old Mel Parker has a few tiny problems:
So what do you do when you've pretty much given up on your own life? Help others, of course!

After all, what's the worst that can happen?

Buy for Kindle or in paperback on Amazon.com, Amazon.co.uk and other Amazon sites.  The paperback is also available from Barnes & Noble.

Welcome to M's Bookshelf, Jennifer! So happy to have you here! 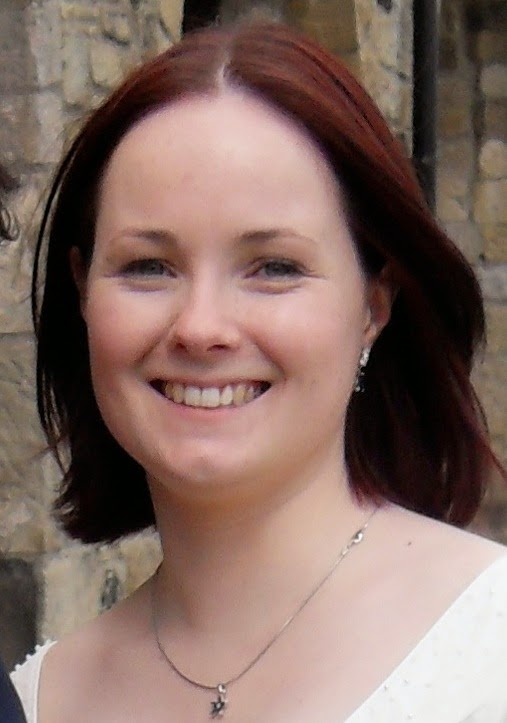 Jennifer Gilby Roberts is the author of The Dr Pepper Prophecies, After Wimbledon, Early Daze and the short stories Wedding Hells and Flights of Nancy.

What has been the toughest criticism given to you as an author? What has been the best compliment?
I quite often get ‘predictable,’ but I write chick lit so that’s inevitable.  It’s a key element of the genre.  I think the hardest thing is when people hate your main character.  You can’t help but get attached to them, especially when you write in the first person, and inevitably some of you gets into them.  Sometimes the insults land a little close to home!  Fortunately, that hasn’t happened too often.
The best compliment is always when someone says my work has left them feeling good.  Although I sometimes deal with serious subjects, particularly in my latest work Early Daze, I always want to have a positive message and a happy ending.  There’s quite enough in this world that makes us feel bad.

What do your protagonists think about you? Would they want to hang out with their creator?
Mel (The Dr Pepper Prophecies) would look at me and see her future if she doesn’t curb her chocolate addiction before she turns 30.  So, probably not.  But we’d have got on when I first wrote the book, as long as she didn’t try to set me up with anyone.
Lucy (After Wimbledon) and I have a lot less in common, given that she’s a tennis pro and my main sport is channel surfing.  I don’t know that we’d really get on.  When I was writing we were both at a crossroads in our lives and so going through the same sort of emotions, which allowed me into her head to write the book.
Jess (Early Daze) is the one I have the most shared experiences with.  Sometimes we would talk about being mothers to premature babies.  And sometimes we would avoid each other, because we wanted to forget about it.
Hmmm.  I think I need to write myself some more friends.

What are the biggest challenges you face in writing?
The greatest is the fact that I’m not a natural writer, which I’ve written about more on my blog.  Making up the characters and stories is easy, it’s the getting it down on paper that’s the hard part.  Sometimes it feels like I’m putting a fish hook into my brain and dragging the story out through my nose (sorry, lovely image).
I also have a toddler, who will play by herself quite happily right up to the point where I try to do something else.  Roll on school!

Have you ever written something you absolutely hate?
Not when I first wrote it.  But when you go through your book over and over again during the editing process, you lose all sense of whether it’s any good.  Frankly, by the time my work comes out I’m usually heartily sick of it!  Fortunately, my readers don’t feel the same.

If you became wildly successful as an author, how would life change for you?
Well, my husband says he’s going to retire and with him under my feet all the time I’m not sure I’d be able to get anything done.
I don’t know how famous I’d want to be.  I’d hate to have paparazzi following me around.  I think the ideal would be lots of people recognising my name and no one my face.  Otherwise, I’d actually have to go out looking neat all the time.  As opposed to now, when my toddler has usually covered me in something sticky.

Do you like being interviewed?
It always amazes me that people want to hear about me.  I try to be interesting!

To celebrate The Dr Pepper Prophecies’ one-year anniversary since publication, Jennifer Gilby Roberts is giving away one paperback and five ebook copies!  Enter on Rafflecopter.
Find out about her other great celebration offers, giveaways and extras on her blog.

Thank you for stopping by M's Bookshelf Jennifer!