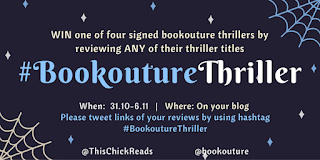 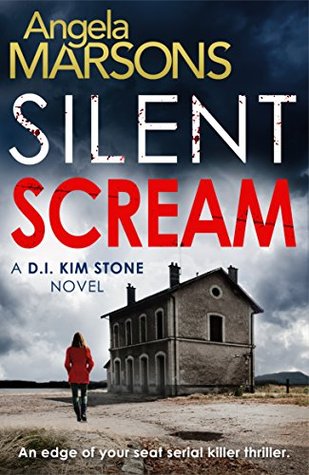 
Five figures gather round a shallow grave. They had all taken turns to dig. An adult sized hole would have taken longer. An innocent life had been taken but the pact had been made. Their secrets would be buried, bound in blood …


Years later, a headmistress is found brutally murdered, the first in a spate of gruesome killings which shock the Black Country.
But when human remains are discovered at a former children’s home, disturbing secrets are also unearthed. D.I. Kim Stone fast realises she’s on the hunt for a twisted individual whose killing spree spans decades.
As the body count rises, Kim needs to stop the murderer before they strike again. But to catch the killer, can Kim confront the demons of her own past before it’s too late?

My opinion.
Pfew. What an astonishing book.
A few weeks ago a stumbled across Angela Marsons' Lost Girls, which turned out to be the third book in the series following D.I. Kim Stone. I read it as a stand-alone novel and absolutely loved it.  [Read my review here] The first thing I did after reading it, was ordering Silent Scream.
I don't even know how to begin to describe my reading experience. To say that I was "captivated" or "intrigued" just doesn't quite cover it. I was completely engrossed and the story truly haunted me.
There are so many players involved, so many theories, possible perpetrators and victims it's mind blowing. Angela's talented writing however kept your head from spinning by putting an incredibly strong woman at the head of not only the police investigation, but of the book as well. Kim Stone is a rock. She leads her team brilliantly and I felt reassured by her character.
I won't say anything about the things that happened in this book or elements of the story line, because you just have to read it for yourself. Angela Marsons really dug deep (no pun intended) with this story. There are so many layers to each aspect of the case and the people involved. The amount of twists and turns the investigation makes, keeps you on your toes until you've suddenly turned the last page and are left with a massive book hangover.
So what am I reading next? You guessed it, the second installment of the D.I. Kim Stone series, Evil Games!

Check out book II & III in the Kim Stone series.
Click here for my review for Lost Girls. 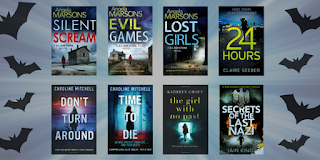