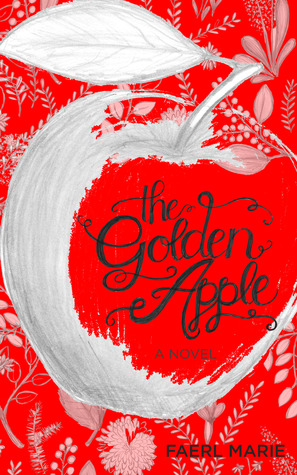 Meet POPPY PARKER, a recent widow who knows she must move forward but has no idea which direction to take. To start fresh, Poppy moves from her idyllic home in Georgia to the grimy glamour of New York City to open up her own boutique and find a way to live and love without her husband.Austin Bandy has been in love with Poppy since the moment he laid eyes on her years ago, right before her wedding. Now she is back, grieving and broken hearted by her nearly-perfect husband’s death—not Austin’s ideal romantic situation. He needs to wait for her to recover but not so long that someone else has the chance to move in and sweep his dream girl off her feet and keep him as a “good friend” forever.Poignant, hopeful and fresh, Faerl Marie’s enchanting debut novel will have you hooked and ready to pursue your own hopes and dreams the moment you turn the final page. The Golden Apple is a charming and fashionable novel about loss, love and moving on without betraying yourself, your past or those you love.


Losing a spouse is, I think, one of the worst things imaginable so I prepared myself for an emotional read. I was in tears, or close to, throughout the entire novel. But it wasn’t a depressing story… not even a sad story. It was just incredibly moving and inspiring! I found it to be full of hope for the future, happy memories of the past, full of love and friendship. Poppy experienced a terrible loss, but she’s slowly getting back on her feet and she has the most amazing support system to do so. I always wondered how I would deal with a heartache that big and it was inspiring to see how Poppy tried to deal with loss… and moving on. I was so touched by her story and her courage and fell in love with her instantly.

I’m very happy Faerl Marie reached out to me about her debut novel The Golden Apple. It’s been an absolute pleasure to read this story and to be part of this tour.

It’s hard to believe that this was Faerl Marie’s debut novel. She is obviously born to write! She brought some amazing characters to life and I’m sure Poppy will stay with me for a long time...

Faerl was kind enough to take the time to answer a few of my questions about her, her inspiration and of course, her brilliant debut novel The Golden Apple.

Meet Faerl Marie: I'm a writer and stylist who loves beautiful things. I live with my husband and our dog, Marble in the mountains outside of Albuquerque, New Mexico but I was born and raised in Houston, Texas and lived for several years in Georgia (Poppy's home in Alpharetta is drawn from the home of dear friends in Atlanta). My parents are southern and so I think that's where I'll always feel my roots are and a big part of where I draw stories and characters from. I love the west as well and I'm grateful to always be surrounded by family and friends that support a creative lifestyle.


- Was a career as a writer something you always thought about? And/or was there anyone or a certain book in particular that inspired you to pursue a career in writing?


Someone told me once that when you are trying to figure out what you should "do with your life" you should think about the things you've enjoyed and been interested in since childhood. For me it's writing and animals. I love animals and dream of being a hobby farmer but writing is always on my mind. I've been creating little stories on stapled together post-it notes and self-bound books since I was very young. A career as a writer didn't seem like a possibility until the week after I graduated (with a degree in psychology). I didn't have a regular job, other than being a wife and dog mom, so I sat down and began writing a novel. After two weeks of being completely lost in my writing, realizing my legs were asleep and I was starving only to get up and see that I'd been writing for a solid five hours, I thought "I could do this. This could be the thing that I love to do for life."
Every successful writer inspires me to pursue my career as an author. J.K. Rowling's story is incredible and it's amazing how she has inspired entire generations to be avid readers--that's amazing, the pinnacle of what a writer could do with their work. Nicholas Sparks is also an inspiration and Amanda Hocking's story makes me laugh and feel encouraged--she wanted to go see Jim Henson so she published her books to try and raise money--I love that! My husband is the ultimate inspiration. He's always encouraged me to do what I want. He works really hard, running his own business as a trainer and I'd love for him to be able to pursue some of his passions while I support us with my writing. It would be the ultimate gift that I could give him as a wife.
- The loss of a spouse is, like I said, one of the worst things imaginable I think. What made you decide on writing this story?

Losing my husband is something I think about a lot. I'm not a morbid or dark person but I like to imagine some of the worst outcomes of a situation and how I would deal with them. Would I be a wreck? Would I be able to love someone else with the passion that I love my husband? Would I stay where I am and try to continue my same life without him or would I have to uproot myself and create a life that was apart of our life together? All these questions led me to Josh and Poppy.

- How did the main character, Poppy, come about?
Poppy is every strong, gracious, and admired woman I've met. She is my heroine.

- How much can you relate to Poppy? Do you share, for example, her love for antiques and "old stuff"?
I relate to all my characters but especially Poppy because she's my first real MC. I love "old stuff" and mixing it with new. I love clothes, vintage accessories, running and my go-to hairstyle is a messy top-knot. I'm also a very early-to-bed, early-to-rise person. I love seeing my husband's shoes in the closet and I love his smell--it's the thing I think would be the most poignant evidence of losing him. I'm not as gracious as Poppy, though I'm working on it and I don't think I would spend the night at a friend of a friend's house under almost any circumstance.

- Can you reveal something about future projects you're currently working on?


I am currently working (writing) on two projects. The first is a murder mystery (I still don't know how that happened) that shares a similarly stylish, romantic vibe and the other is about a group of three friends that's more serious and less whimsical than The Golden Apple. I'm also pondering and day-dreaming about a series of books based on a dream that I had. I've got a folder on my laptop called WIP (Works In Progress) that is full of start-up ideas or flash fiction pieces that I haven't abandoned but am not ready for. So, I essentially always have something I’m working on.

Many, many thanks to Faerl Marie
for giving me the opportunity to read and review The Golden Apple,
and for asking me to be a part of this Tour. 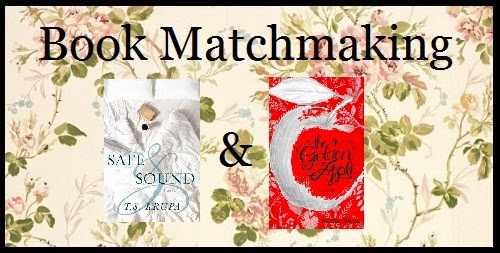